Right Data processed using the Right Method and delivered to the Right Person in the Right Context promotes Right Outcomes. There are many ways to get this wrong.


Here are some examples:

Moral: More data is as good as No data.

Moral: A broken clock may be better than a faulty one but neither is a good one.

Moral: Have a place for everything and have everything in it’s place.

The rarity of Right Outcomes is a direct result of a lack of visibility to the Data Owners.

By taking control of the Data Ownership principles firms gain Trust of customers and Reputation of their businesses. Trust is an implicit critical outcome in today's Digital Environment.

What do you think?

Popular posts from this blog

Anything on a page 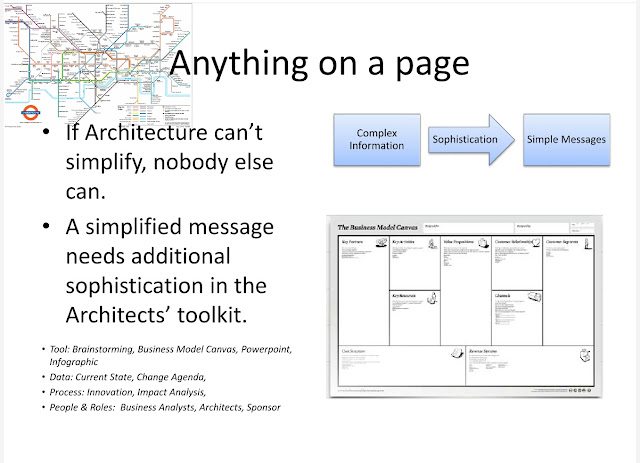 A well-thought-out idea, a powerful marketing message, an informative info-graphic, a restaurant menu card, a movie poster, a cheat sheet, London tube map.  What is common in all of the above? The title of this post is a hint.  They are all something on a page. Anything that fits a page is a  well articulated viewpoint of a customer.  Anything on a page is an amazing vehicle to reach the information to the right audience at the right place and time. Three principles to bear in mind:  1. Focus on the outcome of the process (why) 2. Take the viewpoint of the audience (who, when, where) 3. Apply sophistication to the tools yet keep the output simple (how)
Read more 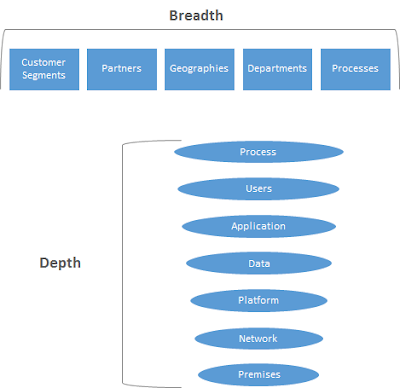 Complexity is the primary reason Enterprises struggle so much with security vulnerabilities.  Today’s Enterprises are complex mashup of capabilities in operations and technology. Even small and medium enterprises aren’t an exception. Business capabilities are both broad and deep often cross-referenced in the context of an end-to-end business process.  Businesses are, in today’s information economy, wide open to internal and external threats. Each possible entry and exit are potential points of vulnerabilities.  Enterprises are forced to invest in complicated security systems to monitor, control and audit access to vital assets that include information. Often the cost of securing are a big operational overhead on the profitability. Enterprises need to constantly re-look at the need for complex systems in securing information. at each level of the capability Breadth and Depth for relevance and consistency.  Simplifying the architecture gives an opportunity to apply security where
Read more

We signed the Pro-Truth Pledge:
please hold us accountable. ​